On Thursday, October 14, Indiana Attorney General Todd Rokita filed suit against three companies and two individuals who together allegedly helped initiate millions of illegal robocalls throughout the US.

The Complaint was filed in the US District Court for the Southern District of Indiana against Startell Communications LLC, VoIP Essential, and Piratel LLC, and alleges that the defendants were responsible for a nationwide campaign that sent out millions of illegal robocalls, 4.8 million of which were sent to Indiana recipients, many of whose numbers were on the Indiana and/or Federal Do Not Call List

In a video discussing the suit, Rokita stated that Startel allegedly acted as a gateway into the US for offshore robocallers operating out of India, Singapore and the Philippines. The lawsuit also lists two individual defendants, Wanda Hall and Abhijit Chowdhury, alleging they operated a Voice over Internet Protocol (VoIP) business that helped the offshore robocallers.

The Complaint alleges that the calls placed by the Defendants violated the TCPA and various Indiana state laws, and further claims that “many of the alleged calls were for scams, including but not limited to, a computer support scam, an Amazon subscription scam, a Social Security Administration imposter scam, and several Covid-19 related scams.”

The lawsuit further alleges that defendants Piratel and VoIP Essential each provided Startel with the ability to make hundreds of calls per second and increased the number of ports that allowed Startel to increase call volume and that the two providers either “knew or consciously avoided knowing” that the robocalls were in violation of US and Indiana law,

In commenting on the suit to CNN, Rokita said that in filing the suit he was taking advantage of the 2019 TRACED (Telephone Robocall Abuse Criminal Enforcement and Deterrence) Act, to “help in his mission to put a stop to offenders of the robocall laws.” Among other things, the TRACED Act directs the FCC to engage in several rule making, monitoring, and reporting activities as a means to deter robocalling and caller ID spoofing, and also requires the FCC and other governmental agencies to work together to improve robocalling prevention and enforcement efforts.

The consumer protection of the Indiana Attorney General’s office has always been one of the most aggressive state agencies in the country in the pursuit of telemarketing violations, and this lawsuit, which seeks “actual damages or damages of five hundred dollars ($500) for each violation, and up to treble that amount for each violation committed willfully and knowingly” only adds to that reputation. 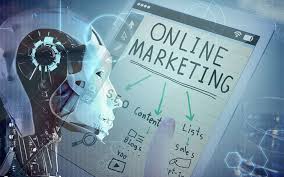